The End and Thanks 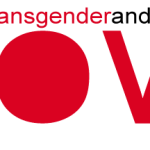 STOP to registration 2018 The call for the participation in the eleventh edition of the i...
OMOVIES 2018 thanks the 58 filmmakers
View All